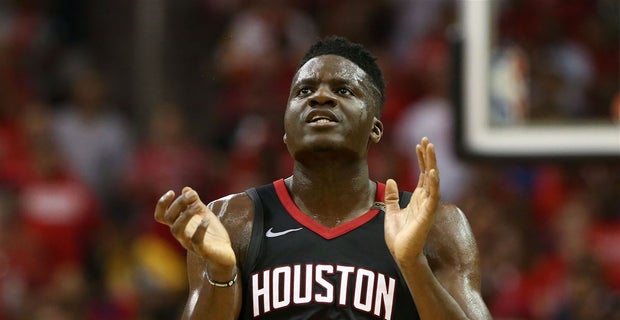 The Knicks didn’t make sure about their 6th success last season until their 26th game, four challenges after lead trainer David Fizdale had been chopped out toward the beginning of December with a 4-18 record.

It’s unmistakably not an opportunity to criticize, but rather Tom Thibodeau’s improved group shot simply 35.8 percent from the floor and 12-for-20 from the free-toss line Friday night in a 101-89 misfortune to the Thunder at the Garden, finishing their three-game series of wins.

The Knicks (5-4) neglected to acquire a 6th dominate after nine matches unexpectedly since a 8-1 beginning in 2012-13 — a 54-win season under flow partner mentor Mike Woodson.

“It’s a hard league. It’s a hard league to get wins in,” Thibodeau said. “You have to come with an edge every night. If you don’t do that, it’ll be difficult for you. In this league, as soon as you start feeling too good about yourself you’re going to get knocked down.”

RJ Barrett drove the Knicks with 19 focuses in a short time, yet he missed 14 of 21 shots from the floor, including 4 of 5 from 3-point range.

Driving scorer Julius Randle was in early foul difficulty and didn’t score in the main half, yet he got done with 18 focuses, 12 bounce back and seven aids 31 minutes.

Shai Gilgeous-Alexander drove the Thunder (4-4) with 25 focuses, and Queens item Hamidou Diallo got a season-high 23 with 11 bounce back.

The Knicks, who will have the Nuggets on Sunday, driven by upwards of 11 in the principal quarter, yet they required a late Barrett floater and a Mitchell Robinson dunk to arrive at halftime in a 42-42 tie. Ten lead changes in the second from last quarter had Oklahoma City up 57-56 halfway through the period, before a dunk and two free tosses by Diallo stretched out the Thunder lead to nine.

Wednesday’s final quarter legend, Austin Rivers, depleted a 3-pointer at the second from last quarter signal and an early basin in the fourth to step the Knicks back inside four, however a take and dunk by Diallo and a 3-pointer by Gilgeous-Alexander pushed the Knicks’ shortfall to 13, their biggest of the game, with 4:21 to go.

“Pretty much all aspects of it dribble penetration, loose balls, the rebounding. If we don’t take care of that, it’s going to be a long night. And it was,” Thibodeau said. “And even though we had a 10-point lead early, I didn’t like the way our defense looked, and then our bench came in and we’ve got to be ready to go. From top to bottom, we just didn’t get it done. We’re capable of doing much better than we did.”