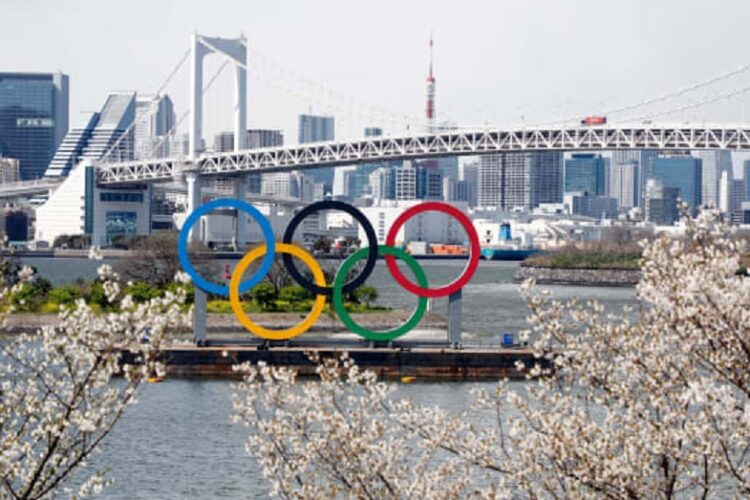 The United States Olympic and Paralympic Committee on Thursday made a phenomenal stride on the side of competitors’ entitlement to dissent at the Olympic Games.

The USOPC, in a news discharge, approached the International Olympic Committee to “end the prohibition of peaceful demonstrations” on worldwide game’s greatest stage.

It likewise said it “will not sanction Team USA athletes for respectfully demonstrating in support of racial and social justice for all human beings” – regardless of whether the shows cross paths with the IOC’s enemy of dissent rules.

The USOPC, which simply a year ago criticized competitors for platform fights, remained behind those IOC rules for quite a long time.

The infamous Rule 50 expresses that “no sort of exhibit or political, strict or racial publicity is allowed in any Olympic destinations, settings or different territories.” In January, the IOC distributed “rules” to explain that raising a clench hand or bowing during an award function were among the types of dissent banned.

Yet, in 2020, both the IOC and USOPC have confronted developing weight from competitors to alter their limitations. The USOPC’s Athletes’ Advisory Committee approached the IOC to annul Rule 50 in June.

The IOC’s Athletes’ Commission is driving an audit of the standard, however sources in the Olympic world are distrustful the survey will prompt any significant change. On Thursday, IOC AC seat Kirsty Coventry recognized the USOPC’s articulation, and said it would be “thought about,” yet appeared to minimize its gravity.

The USOPC, in any case, is the most impressive public Olympic board of trustees on the planet, and its new open position could push IOC pioneers to align their principles more with worldwide common liberties guidelines.

‘Basic freedoms are not political’

Thursday’s assertion is an augmentation of proposals made by an as of late settled racial and social equity chamber inside the USOPC.

“The Council’s suggestion is based on the establishment that competitors ought to reserve the option to calmly challenge racial and social shameful acts and to advance human respect through worldwide game,” the USOPC said in its delivery.

“It requires the IOC and International Paralympic Committee to refresh rules to take into account serene activities that explicitly advocate for common freedoms and racial and social equity, and recognizes those demonstrations from to-be-characterized ‘disruptive showings’ — including, yet not restricted to, as of now disallowed demonstrations of scorn discourse, bigoted publicity, political articulations and separation.”

The committee, in presenting its suggestions to USOPC authority, composed that it needed “to make obviously evident that common liberties are not political.”

That line, among governmental issues and basic liberties, has been obscured throughout the long term, at times deliberately by people with great influence to stifle underestimated voices and continue existing force structures set up.

Yet, there are globally acknowledged definitions, remembering for the United Nations’ Universal Declaration on Human Rights, that could be embraced in some structure by the IOC to isolate common freedoms support from “troublesome exhibitions.”

The USOPC gathering suggested that the IOC set up an autonomous body to regulate any issues identified with that differentiation. It asked the IOC to “obviously recognize basic liberties/social equity fights and cases of scorn discourse, bigoted purposeful publicity, and prejudicial comments pointed toward dispensing with the rights and respect of truly underestimated and minoritized populaces.”

It likewise approached the IOC to receive another rule that would arrange its responsibility “to regarding all globally perceived common liberties” and “strive[ing] to advance the security of these rights.”

The board’s full suggestions are spread out in a four-page record settled over the previous week, and following a months-in length measure. The seven center proposals are:

“The hushing of competitors during the Games is as a glaring difference to the significance of perceiving members in the Games as people first and competitors second,” the gathering composed.

“Forbidding competitors to openly communicate their perspectives during the Games, especially those from verifiably underrepresented and minoritized gatherings, adds to the dehumanization of competitors that is at chances with key Olympic and Paralympic values.”