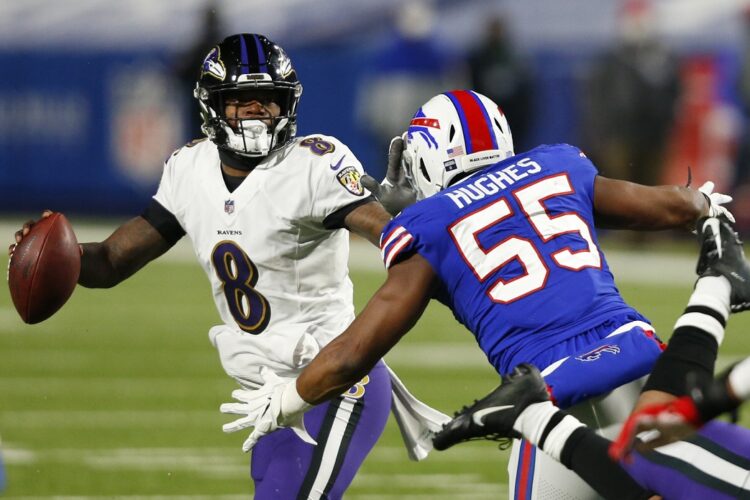 Baltimore Ravens quarterback Lamar Jackson offered his thanks on Monday to the Buffalo Bills fan base, whose gifts have reached $360,000 to one of his foundations.

“Appreciate that Bills Mafia,” Jackson wrote on Twitter. “Means a lot not to only me but those kids as well.”

The overflowing of help to the “Blessings in a Backpack” Louisville part started Saturday night, after the Bills’ 17-3 triumph over the meeting Ravens in their AFC divisional season finisher game, during which the reigning NFL MVP was precluded late in the second from last quarter with a blackout.

As of Monday, there have been 13,600 individual gifts from Bills fans, who are warmly known as “Bills Mafia.”

“It’s just been overwhelming in the best possible way,” said Nikki Grizzle of “Blessings in a Backpack.”

Jackson, a Heisman Trophy victor at the University of Louisville, had raised $25,000 for the foundation through signature signings in 2018.

In under a day following Buffalo’s season finisher prevail upon Baltimore, Bills fans had raised more than 10 times that sum.

The association’s main goal is to prepare networks, people and assets to give food on the ends of the week to primary younger students across America who may some way or another go hungry.

The program can take care of one youngster on the ends of the week for a 38-week school year for $130.

This is the most recent altruistic signal by Bills fans.

Toward the finish of the 2017 standard season, when quarterback Andy Dalton drove the Cincinnati Bengals to a success that assisted the Bills with qualifying the end of the season games, they accomplished something comparable for Dalton.

Bills fans likewise gave by the thousand recently to John R. Oishei Children’s Hospital after it was reported that Buffalo quarterback Josh Allen’s grandma had passed on. Gifts to that cause overshadowed $1 million.